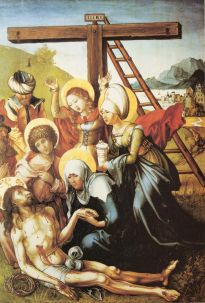 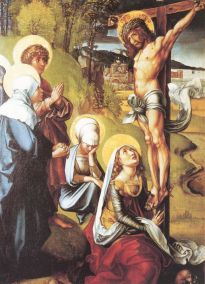 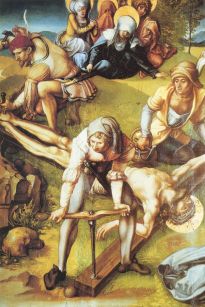 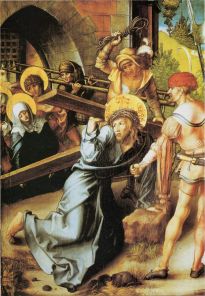 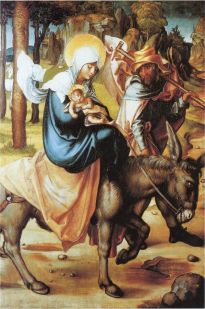 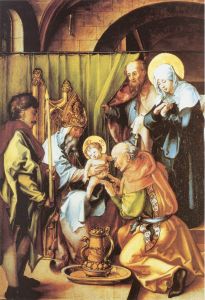 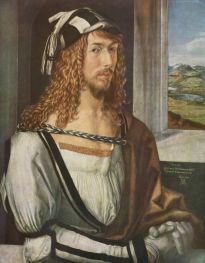 The German painter and engraver Albrecht Dürer was the son of the goldsmith Albrecht the Elder, who was descended from a Hungarian family or from a German colonist family settled in Hungary.

The German painting owes Albrecht Dürer its naturalization papers in the European Renaissance painting. He was considered as an equal by the Italian masters, who admired above all,...

See everything we offer you!
Albrecht Durer

The German painter and engraver Albrecht Dürer was the son of the goldsmith Albrecht the Elder, who was descended from a Hungarian family or from a German colonist family settled in Hungary.

The German painting owes Albrecht Dürer its naturalization papers in the European Renaissance painting. He was considered as an equal by the Italian masters, who admired above all, Dürer’s qualities as creator and composer; as we can see in his engravings. His drawings and engravings are remarkable because of both their details and the impression of grandeur of the whole. His style began being as the Gothic knotty drawing till it achieved a Classical fluency.

In 1486, his father placed him as the apprentice of Wolgemut, who was a painter and engraver. From 1490 to 1494 he realized a journey as apprenticeship; he remained at Schongauer’s home in Colmar, the best engraver of that time, who died shortly before Dürer’s arrival. He went later to Basel, where, it is thought, he realized some xylographies.

At his return, he got married and the same year he travelled to Italy, where he stayed till the spring of 1495. Among the previous-to-this-period artworks we can find a portrait of his master Wolgemut (1490, Uffizi Gallery) and a self-portrait where he appears portrayed as a groom (1493, Louvre Museum). By that time, he was already interested in the Italian art by means of the Mantegna’s engravings. During this journey, he painted his first watercolour landscapes.

His mastery in the art of engraving could be appreciated in his first copper sheets (1496). During that period, he also began to draw the illustrations of Apocalypse (1498) to engrave them in wood. Apocalypse was his first really personal work, which was composed by fifteen brilliant planks A4-size. This knotty and agitated drawing still had a medieval character. Almost at the same time, he began Great Passion, in wood, which was completed some time later. He made copper sheets, which were addressed to a more refined audience, that reveal his worrying about the nudes. They were imitations of the Italian engravers.

Among all his self-portraits, the most brilliant, beautiful and cool is the one dated from 1498, where he appears dressed with a black and white doublet. Gradually, thanks to his friend Willibald Pirckheimer, he was introduced in the humanist circle of Nuremberg. In the early XVI century he met the Venetian painter Jacopo de Barbari (Jacob Walch), who was the Italian-German intermediary. He introduced Dürer to the problems with perspectives and proportions. The concern about these subjects took him sometimes to create somewhat cold works (Adam and Eve), and sometimes, on the contrary, works that were as wonderful as Nemesis. The celebrated Saint Eustace keeps a certain Gothic spirit.

At the same time, Dürer also painted watercolours of animals and plants that were so detailed they seemed natural history sheets. Moreover they were full of sensitivity as we can see in Young Hare (1502), Bouquet of Violets and Great Piece of Turf (1503). He also realized a series of engravings in wood as Life of the Virgin and painted The Adoration of the Magi (Uffizi Gallery) and Paumgartner Altarpiece (Alte Pinakothek, Munich). His most celebrated Self-Portrait (1504, Alte Pinakothek, Munich) dates from this time. In this work we can see a slender and symmetrical figure but that at the same time is alive, thanks above all to the wonderful hand that is holding the clothing.

At the end of 1505 he went back to Venice, where some of his engravings were already copied. In Venice, his fellow countrymen from the German community commissioned him the altarpiece Feast of Rose Garlands for the Saint Bartolome church. His work Christ Disputing with the Doctors was influenced by the caricature-like drawings by Leonardo Da Vinci.

At his return to Nuremberg, he painted the diptych Adam and Eve (1508, El Prado Museum) and a triptych (1509) whose central plank, of which only one copy has been preserved, represents the Assumption. His masterpiece of that period is Adoration of the Trinity (1510), because of its classical composition of the Italian “paradises” and its harmonious and flowery colours.

During the following years he devoted himself again to the engravings. He finished The Life of the Virgin and The Great Passion, he draw in wood the 37 planks of his work Little Passion and engraved in copper the majority of them (1512). Nevertheless, his most successful works during that time were the engravings in copper called The Knight, Death and the Devil, Saint Jerome in his Study and Melancolia I. In these artworks, a perfect technique is combined with an evocative strength that is at the service of a thought expressed in an allegorical way.

Between 1515 and 1520 Albrecht Dürer worked under the patronage of the Emperor Maximilian I. During that period he drew The Triumphal Arch, which was composed by 92 engravings in wood, the sketch of the main entourage’s carriage, and alive and humorous illustrations in the margins of the Emperor’s prayer book.

When Maximilian I died, Dürer left Nuremberg with the idea of achieving Charles V’s confirmation of the continuity of his grandfather’s patronage. In the Netherlands and especially in Antwerp, the rest of painters received him as a triumphant person (Matsys, Van Orley, Patinar). He painted very few portraits, as is the case of St Jerome (Lisbon Museum), but he was constantly drawing and recording everything that attracted his attention or surprised him.

The diary he wrote during this journey became very famous because of the apostrophe in which he proclaims his support to Martin Luther, “who helped [him] overcome so many difficulties”. The Protestant Reform created a drama in his deeply religious soul. During his last years in Nuremberg he decorated with the help of his disciple Pencz a big room of the city hall with a Triumphal Carriage and worked in his theoretical works. Among these theoretical works we find Four Books on Measurement (1525), Books on Fortifications (1527) and Four Books on Human Proportion (1528), which was used by painters of the XVI and the XVII centuries.

Between 1524 and 1526 this genius created his last sparkles, the most stunning: painted portraits of Hieronymus Holzschuher and J. Muffel (Berlin Museum) and engraved portraits of Pirckheimer, Erasmus and Melanchton. Dürer’s artistic will is his work The Apostles (Alte Pinakothek, Munich). The artwork is composed by four majestic and solemn characters that are painted with strong and dense colours. On its back, there is an inscription that is an admonishment addressed to this world princes speaking against certain religious sects’ excesses.

Any of his disciples is comparable to Dürer. The best representatives of the Renaissance German painting (Cranach, Bandung, Altdorfer) developed their compositions simultaneously without showing a clear influence of Dürer.