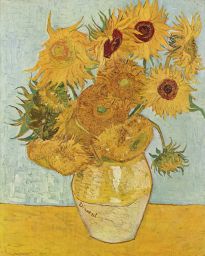 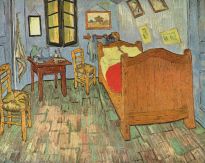 the artist's room in arles 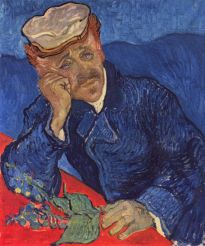 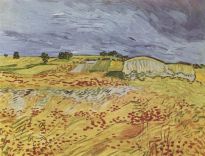 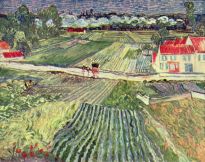 landscape with cart and train, 1890 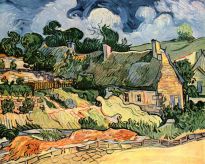 Vincent Willem van Gogh was a Dutch painter and an important figure of the Postimpressionist movement. His father was a protestant pastor and his uncles were rich painting traders. Thanks to his uncles, in 1869 Van Gogh worked with the Parisian art dealer Goupil & Co in the branch they had in The Hague. In 1873 he was moved to the branch in...

See everything we offer you!
Vincent van Gogh

Vincent Willem van Gogh was a Dutch painter and an important figure of the Postimpressionist movement. His father was a protestant pastor and his uncles were rich painting traders. Thanks to his uncles, in 1869 Van Gogh worked with the Parisian art dealer Goupil & Co in the branch they had in The Hague. In 1873 he was moved to the branch in Brussels and later to the one in London. In London he went through his first moral crisis after his first disappointment in love with the daughter of his patroness Ursula Loyer. He wanted to leave and moved and settled in Paris in 1875. His mysticism increased because of the friendship he had with his English mate Gladwell, and Van Gogh began to work irregularly.

In the spring of 1880, an exhausted Van Gogh spent some time in Etten. During that time, he and his little brother wrote to each other, and his brother lent him money and encouraged he to persevere with the art since he saw in the drawings Van Gogh sent him a non-common gift. He also hoped Van Gogh find in this activity a state of stability and safety. Van Gogh accepted his brother’s support and went to Brussels to perfect his drawing. Later, he went back to Etten, but his impossible character made the life at his parents’ home very difficult, and it became even more difficult when he fell in love with his cousin Kate. Kate move away to The Hague, but Vincent followed her and threatened to burn his hand if she did not allow him to see her.

Then, he met a prostitute named Sien, whose misfortune moved him, and he lived with her and her children believing he had found his happiness. He drew ardently and began to paint. Some time later, he broke up with Sien and went to the Dutch province of Drenthe, where he painted several landscapes. He went back to his father’s home, who in the meanwhile had been moved to Nuenen. His father died in 1885.

By then, Van Gogh was in the middle of a period of production and realized his first great composition, The Potato Eaters, which was preceded by many sketches. He enrolled in the Academy of Antwerp being aware of his poor technique, but he was not able to adapt himself to the pedagogical discipline and in February 1886 he went to Paris without informing his brother.

Van Gogh’s painting serves us as the witness of his development. It was a shadowy and hard painting that became clearer when he discovered the Impressionist works, which Théo was starting to sell. He worked in the studio of Cormon and became friends with Emile Bernard, Tolouse-Latrec and Gaugin.

In Paris, he painted two hundred canvases with a freer and freer performance. He painted landscapes of Montmartre and Anières and twenty-three self-portraits. Living with him was very difficult because of his bad-tempered character His brother advised him to move to the South of France, where he would find the intense light he was trying to find by then through the Japanese illustrations.

In 1888 he went to Arles and began to work, but the loneliness was too hard for him and he thought in creating a collective studio, where his friends could paint with him. He convinced his brother of buying some artworks to Gauguin, who this way was able to settle in Arles with Van Gogh. Gauguin arrived to Arles in October but the disagreements between them were so violent that Van Gogh tried to hit Gauguin and moreover, he cut off his left ear lobe. Gauguin left and Théo arrived there to take his brother to a hospital in Arles. On May 1889, Vincent Van Gogh went into an asylum in Saint-Paul-de-Mausole. There, he continued working fiercely but he went through his most serious crisis, which were a kind of hereditary epilepsy.

In Provence, he painted more than two hundred and fifty portraits (Self-Portrait with Cut Ear, L’Arlésienne, Joseph Roulin (The postman)), landscapes (The Langlois Bridge at Arles, Olive Trees, Wheat Field with Cypresses) and several drawings with reeds. By a recommendation Pisarro did to Théo, in May Van Gogh went back to Paris and settled in Auvers-sur-Oise, where doctor Gachet lived. The doctor received him very well but the relationship cooled soon. In 27 July 1890, Van Gogh shot himself with a revolver.