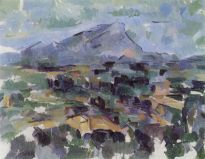 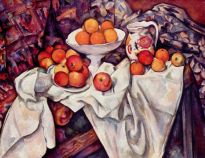 still life with apples and oranges 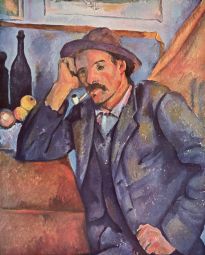 Paul Cézanne was a French Impressionist painter. He was one of the most influential figures in Contemporary Art.

He studied in his home city. Between 1852 and 1858 he went to the Còllege Bourbon, where he met and became friends with Émile Zola. Next, he studied in the drawing school, and later, he went to the Law school, by express wish of his father. A little later, he...

See everything we offer you!
Paul Cezanne

Paul Cézanne was a French Impressionist painter. He was one of the most influential figures in Contemporary Art.

In his father’s cottage, Jas de Bouffan, he settled his first studio. In 1860, Zola moved to Paris, and Cézanne asked his father permission to be able to meet his friend and to study painting. In the following year, he got his greatest wish with his mother and sister’s help and he enrolled in the Swiss Academy in order to prepare his entrance examination for the Académie des Beaux-Arts.

In 1861, in the Salon des Refusés he liked the paintings by Cabanel, Gustave Doré and Meissonier, who the new generation of painters were starting to be against to. But when Cézanne saw in the Louvre Museum the paintings by Caravaggio, Velázquez, Ribera and Zurbarán, he noticed the big difference between those two groups of painters. This discovery, which was very important in his artistic career, caused a crisis in Cézanne, and he began to think he was unable to paint. Then, he went back to Aix-en-Provence, and accepted a job in his father’s bank. During that time, he painted portraits of his father and of the midget Achille Emperaire, who was a friend of the painter.

In 1862, he decided to go back to Paris to devote himself to painting. He renewed his friendship with Zola, and met Guillaumin and Pissarro in the Swiss Academy. This meeting was decisive: his coarse style of dark colours and too doughy material evolved thanks to the influx of his new friends, especially of Pizarro. Cézanne created his own style, named “couillard” by himself. His style broke away from all the academic rules he were taught, from the school and from any prejudice.

In 1866, his first sending to the Salon was rejected, and this is what happened to all his remittances during the rest of his life. Due to the intervention of his friend Guillemet, one of his artworks was accepted, but this one passed unnoticed. In those days, he met Hortense Fiquet, whom he had a son with.

At the start of the Franco-Prussian War (1870), Cézanne was in Provence. He was living in L’Estaque at his mother’s home with Hortense and their son. There, he painted several landscapes and still lives, in which we can appreciate the evolution of his art: more vivid colours and a more fluid painting. He had assimilated the Impressionist lesson: the colour as a builder element, not only having contrasts, but also having blends, vibrations and transparencies.

In 1872, he went back to Paris and painted in Louveciennes a series of landscapes (The Fishermen, La Route du Coeur Volant, Acheter du Vin) accompanied by Pissarro and other painters, who were convinced of the importance of painting in the open air, “sur le motif”. Later, he went to Auvers-sur-Oise, where he painted House of the Hanged Man (1873, Louvre Museum), that marked a new course for his painting. In the following year, he participated in the first Impressionist exhibition with his artworks Landscape At Auvers and A Modern Olympia. He sent sixteen canvases to the third Impressionist exhibition that took place in 1877, and those artworks were received in an unfavourable way by the critics and the public.

In 1884, he married Hortense. In that time, Zola published L'Œuvre (The Work). Cézanne saw himself in one of the characters, that was called Lantier, and then, he broke off his friendship with the writer. After his father’s death (1886), he left his wife and his son in Paris and he settled in Aix, where he painted several paintings of the Sainte-Victoire Mountain and still lives.

His highest aspiration was to combine the vivacity of the direct sense – recommended by the Impressionists – with the fact of paying attention to the composition, the rhythm and the cadence. Following this Constructivist tendency, he made an effort to represent the fundamental structure of nature. In order to get this, he only used the colour, rejecting the use of the modelling and the chiaroscuro, which were typical from the traditional painting. He considered that “drawing and colour are not separate at all” and that “in so far as you paint, you draw. The more the colour harmonizes, the more exact the drawing becomes. When the colour achieves richness, the form attains its fullness also”.

In 1895, Ambroise Vollard organized an exhibition with works painted by Cézanne; but the artist was not satisfied with the favourable critic because it made obvious the fact that his artworks had not been understood. In 1899, he participated in the Salon dés Independants. His name started to be known and younger painters such as Émile Bernard and Charles Camoin asked him for advice.

Cézanne, who still was living in Aix, visited frequently Paris to paint in the Fontainebleau forest. He established his success in the first Autumn Salon (1904). Fauvists and Cubists soon started to be known as his followers. The stylistic intentions of Cubism could be found in the Cézanne’s constructivist tendency and in his emphatic affirmation of the structural elements of reality (cube, sphere, cylinder and cone). Cubism got his status the following year to Cézanne’s death.